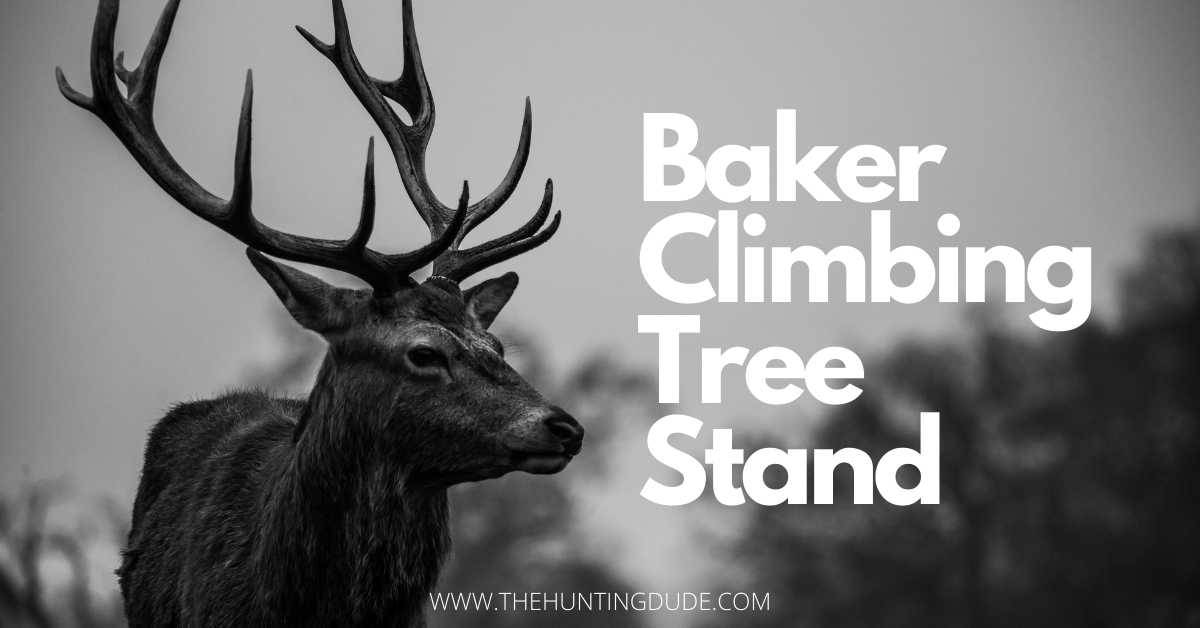 If you were born after the 1970s, you wouldn’t have seen or heard of the Baker Climbing Tree Stands. Many moons ago, they were the go-to stands at a time when safety was not much of a priority.

The Baker climber treestands were launched on the market, offering just a feet platform, the bottom part of a tree stand. Therefore, the hunters had to hug the trees with their arms and push themselves up to climb. 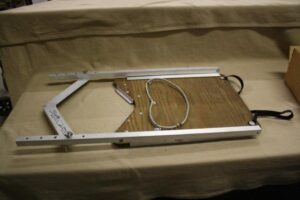 Accidents were frequent with these treestands as they also did not come with security straps to wrap around the trees or a safety harness to protect the hunters from falling.

Platforms would occasionally slide down from under the feet, resulting in the hunter falling, scratching, and bruising against the tree. This is the reason why baker tree stands were notoriously referred to as hugging and climbing, the baker slide, and the death trap.

The baker treestand company was the pioneer in the market when it was started in August 1969 by a gentleman named Mr. Baker.

It all began when Mr. Baker purchased a treestand from somebody in Northeast Georgia who first came up with the idea of a treestand and had developed a functional model for testing purposes.

Mr. Baker bought the model stand, further improved the idea, and launched a better design in the market, made of plywood, under his brand, the baker tree stands.

When even the idea of a treestand was unique and alien to the hunting community, the baker treestand launched its first model on the market, and the stand immediately became a huge hit since hunters did not have any other option available at that time.

However, with time new brands stepped in, and the tree stands evolved into what they are today; improved designs, comfortable and safe to use.

Though many hunters of that time owned these baker treestands, they were highly unsafe to use. They caused countless accidents ranging from minor scratching and chest bleedings to deadly falls.

Whoever has used a baker treestand has a story to tell. Almost 90% of its users have had unfortunate adventures with the stand at least once, if not multiple times.

The problem with the baker treestands was mainly the design. The initial models didn’t even have a seat platform for the hunters to sit on. And they had to keep standing for as long as they were on the stand. 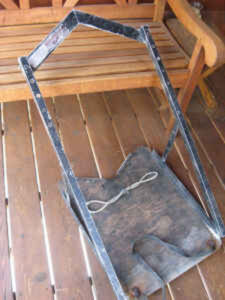 Moreover, it was extremely difficult for the hunters to turn around on the baker tree stand. Because when they would, the tree stand would lose its grip and fall straight to the ground, taking the hunter along with it.

With time, the Baker treestands slightly improved their design and launched two more models on the market. The Baker Deluxe and the Mighty Mite.

Both the Baker Deluxe and the Mighty Mite had one thing in common; their platforms were made of plywood. The Baker Deluxe had a huge base and a pivot seat.

The Mighty Mite Baker was slightly more advanced than the Deluxe as apart from its feet platform, the rest of the stand was completely made of aluminium.

The “V” of the tree stand firmly wraps around the tree preventing falls. And the hunters could either hug and climb or sit and climb using an optional climber platform.

The baker treestand company, being the first to offer treestands in the market commercially, received an overwhelming response from the hunting community.

The sales were tremendously high for the company. However, as time passed, new deer stand companies started emerging, each offering more advanced features than the previous one. And the baker treestand company gradually started losing business.

Eventually, the company went out of business due to countless injury lawsuits filed against it.

The baker treestand company laid the groundwork for the tree stands we enjoy today. Baker stands were lightweight and easier to carry than modern-day tree stands. However, they were not safe to use for the hunters due to their faulty design.

Despite all the falls and injuries these tree stands caused, one can not deny that the baker treestands were the first ones on the market, helping many hunters with their first hunts.

Many Hunters still flaunt their scars as lifelong memories of the baker treestand.