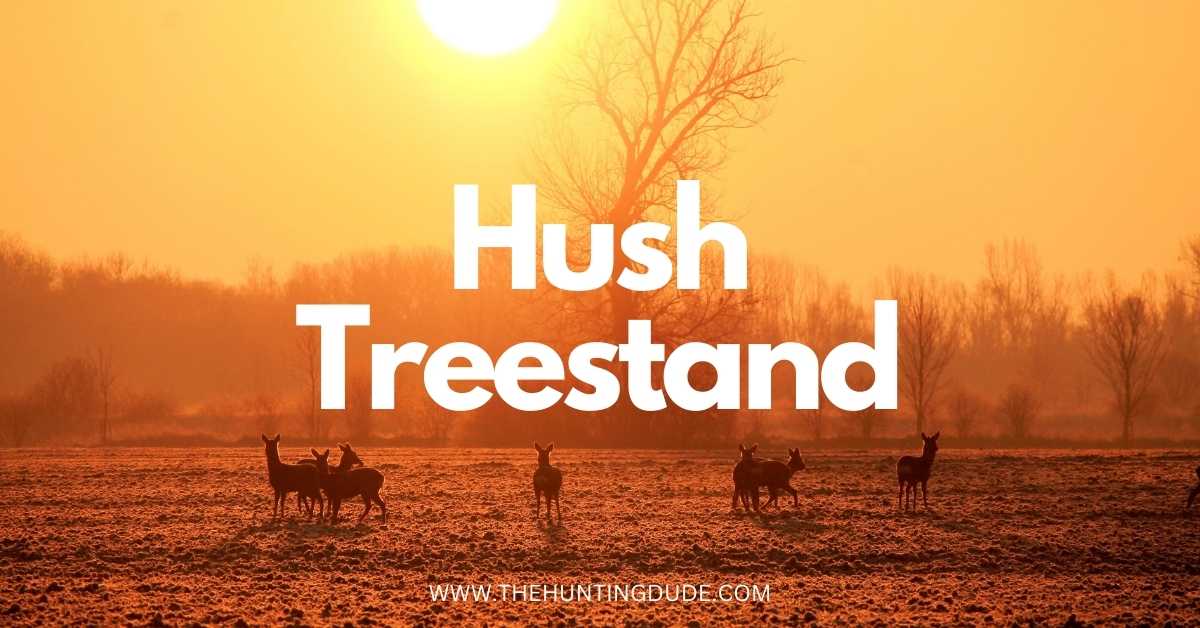 Nowadays, treestand manufacturers are inclined toward designing more lightweight, compact, and comfortable treestands than they used to do just a few years back.

Hunters prefer treestands that they can easily take anywhere, which are safe for them to use, and on which they can sit for long, countless hours in search of the perfect opportunity to hunt.

Out On A Limb (OOAL) is one of the many manufacturers competing in this hunting gear industry and has been in business for the past eight years. They have an extensive list of hunting gear products in their portfolio, including treestands of various types and accessories.

Hush is one of the Out On A Limb Company’s best-selling treestands available on the market. It’s a lock-on tree stand that weighs just around 8 lbs. It’s so lightweight and compact that you can hold it with just one hand. 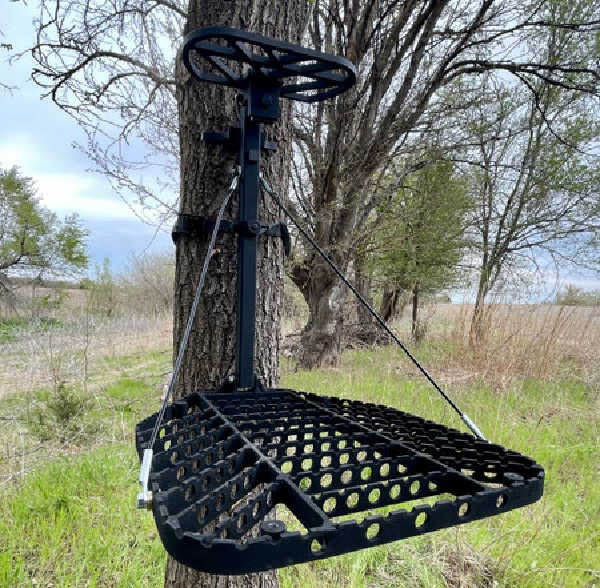 The platform on the hush treestand is 17 inches wide and 24 inches long, allowing plenty of space for the hunters to stand on it and move around comfortably.

The platform is designed to have a mesh-type shape with lots of ridges and is painted with an anti-skid powder-coated paint, making it safe to use and stand on even when it’s wet and muddy. 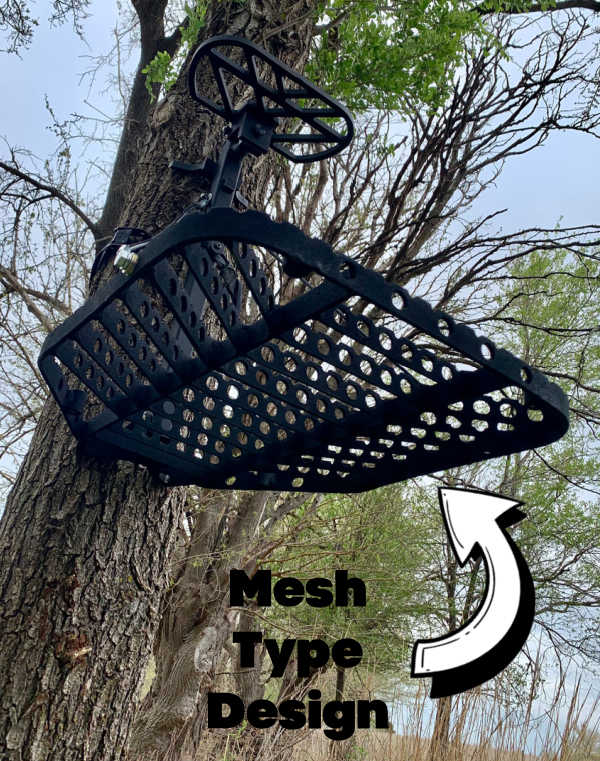 Hush has a tiny 6″ x 11″ non-padded seat that is 21 inches high from the platform. Though the seat seems small, it does not feel anything like it due to the gap between the seat and the tree. This gap allows users extra room to rest comfortably on the seat without their rear end touching the tree. 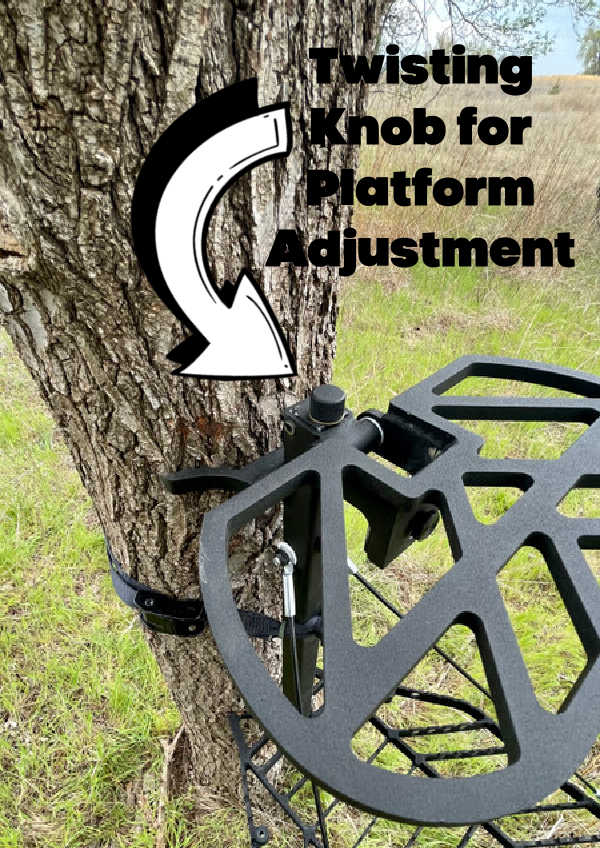 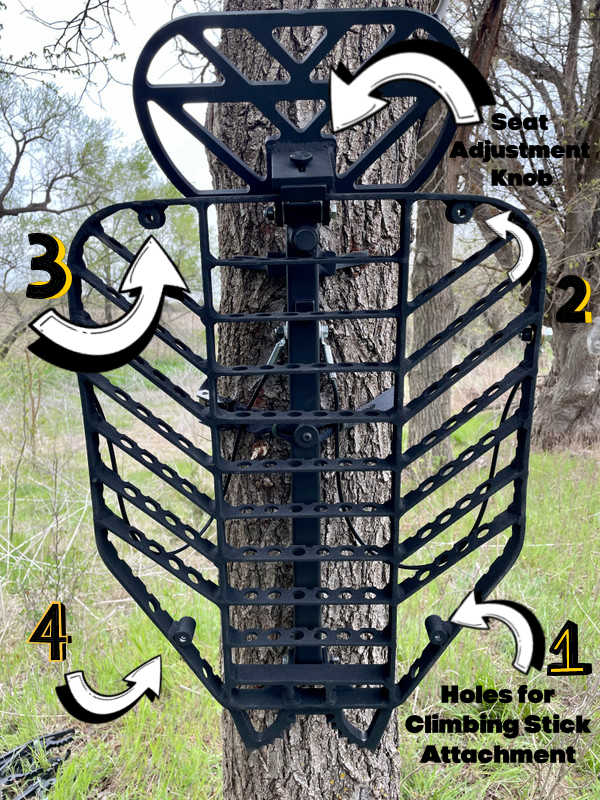 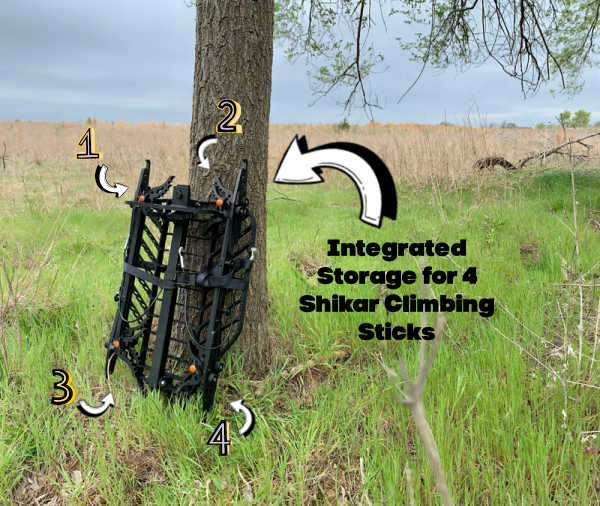 All the joints on the hush treestand are connected with Teflon washers, making this stand less noisy even during the rainy season. Since the platform on this treestand is enormous and the seat is small, it is very convenient for the hunters to stand on it without flipping up the seat, giving it an edge over the similar lock-on tree stands available on the market.

The main issue with hush treestand is its post; it is made of 1 ¼-inch thick aluminum pipe with a stiffening rod that is supposed to stiffen the post up. However, the main concern with the post is the placement of a button, which, unlike other treestands, is placed in the middle of the post, compromising the stand’s durability and making it vulnerable to bend over time.

If you have ever played with sticks in your childhood, you would have noticed that it is easier to break a stick from the center with your knee than from the sides; the same logic applies here. When you toe-hook or put too much pressure on the platform, this strain is passed on to the upper edge of the post through the attached cables, causing the post to bend from its weakest part, which for hush treestand, is the middle part of the post. 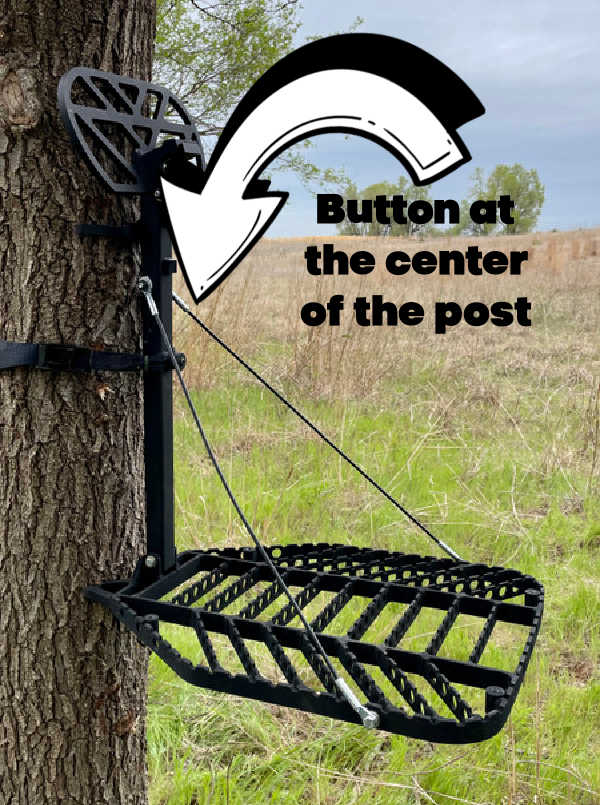 Though Out On A Limb Treestand Company claims their hush treestand can bear up to 300lbs of weight, it is not designed for toe-hooking. But, one thing is for sure, even if the post bends over time, it will not snap.

Overall it’s an excellent entry-level mobile hunting treestand. However, its post has some significant design issues, which tend to bend over time and with use, compromising the durability of the stand. Even though Hush Treestand is lightweight, compact, and portable, it is probably not the best lockon tree stand out there.