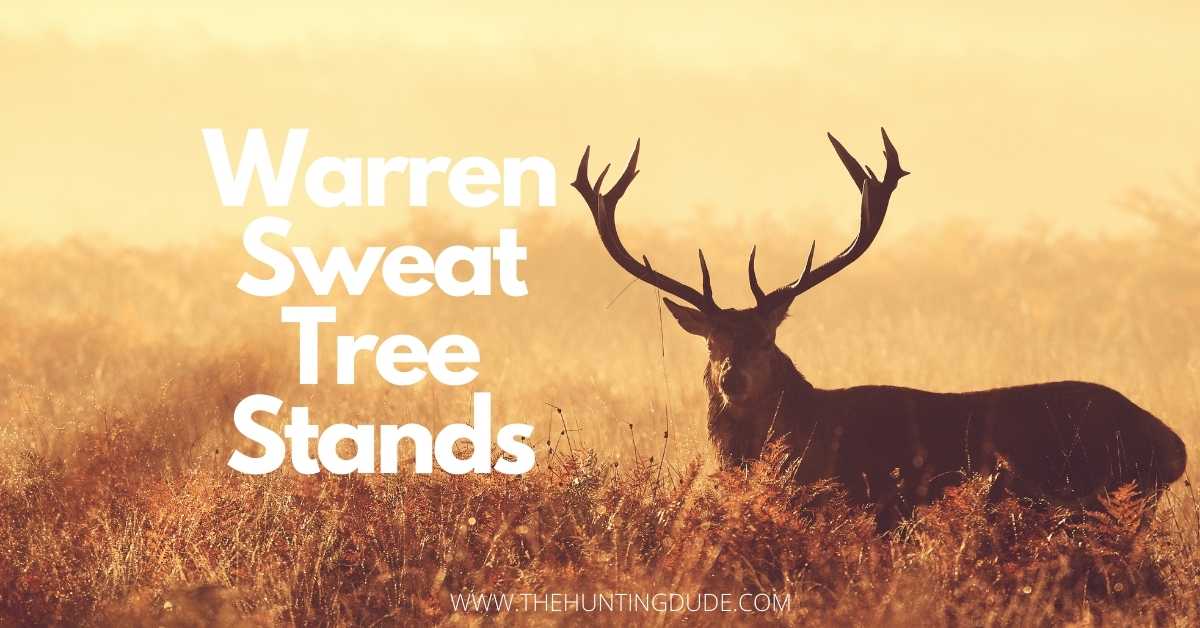 A joint venture of Alvin E. Warren and George B. Sweat, warren sweat tree stands were manufactured by the Warren and Sweat Manufacturing Company in Lake County, Florida, which started in the mid-1980s and later went out of business during the 90s.

These treestands are now long gone from the market. Therefore, no detailed information about what happened to the company and why it went out of business is available.

It is believed that Warren and Sweat were sold out to another company. The new owners made some design changes that resulted in the new treestands being much heavier than the old ones, making them difficult for the hunters to carry with their backpacks.

From thereon, warren and sweat tree stand sales gradually dropped, eventually failing the brand and the company. These treestands weighed around 35 pounds and came with a grid platform and a camouflaged canvas-covered seat.

They also had a grey nylon strap that was permanently affixed to the stand, a buckle, and a black removable nylon strap for tightening the stand to the trees.

The warren and sweat tree stands had sharp fang-like hooks on the platform that would sink half an inch deep into the tree, biting and holding on to it firmly.

Warren and sweat company received many complaints regarding the malfunctioning of their treestands. Many users complained that the straps on these stands were not durable and would break too easily, compromising the user’s safety.

One incident was reported where a hunter injured his legs and ankle and sprained his lower back after falling off a faulty warren sweat tree stand.

Many hunters claimed that climbing with warren sweat stands was a safety risk; even after using non-skid tapes, there was no guarantee that a user would safely land back on the ground without getting hurt.

However, despite all that, many hunters have good things to say about these warren sweat tree stands; they are great treestands but not as safe and comfortable as today’s stands.

Though they might be dangerous, they were easy and comfortable to use. These stands came with padded seats and a large foot platform, providing enough space for the hunters to turn around and stretch their legs.

One major drawback of these deer stands was that when the hunters used safety harnesses, the straps would come in the way, making it inconvenient for the hunters to aim and move the rifle.

Are Warren and Sweat Tree Stands for Sale?

Since these stands were discontinued around 20-25 years back, you probably wouldn’t find a new one on the market; even finding a used one would not be easy.

How to maintain an old Warren and Sweat Tree Stand?

For the hunters who still own one of these Warren and Sweat treestands, here is a pro tip, do a thorough and detailed check-up of your stand before using it.

Properly grease/oil it so it doesn’t make any squeaking noise; paint the body parts, nuts, and bolts that catch any rust. Bring your DIY skills into use, and do not hesitate to change or replace any part or bolt that is damaged beyond repair. Also, add extra padding to the seat and armrest as it would add to the safety and comfort of your treestand. Since these treestands have an old design and mechanism, they require regular maintenance for proper functioning.

The warren and sweat imperial climber was the most popular treestand of the company. It was the most comfortable, quietest, safest, and easiest one to use of all the warren sweat tree stands.

It was made of strong tubular aluminum with a no-glare powder coating finish, weighing just 26 lbs; the Bear Hug blades on this deer stand would bite deep into the tree, providing extra stability and safety to the stand.

The Imperial Climber came loaded with a padded seat, free chest restraint, and backpack straps for its users’ safety and comfort.

The cottonwood climbing treestand by warren and sweat was the company’s second-best seller model. Weighing only 21 lbs, it was a very comfortable stand that can be used facing the tree or away from it, a feature rarely found in any other treestand out on the market.

The design of the cottonwood treestand enabled it to be packed in a very thin and compact form, making it easy for the hunters to pack it and carry.

Another feature of the warren and sweat cottonwood tree stand was that it came with a free shooting rail included in the box, which is a must-have accessory for the hunters and is to be bought separately with most treestands.

The warren sweat tree stands are a story of the past; they have been out of business for the last 20-25 years and are no longer available for sale at any retail or online store.

Hunters had mixed reviews about the Warren and Sweat Treestands; some labeled them unsafe and dangerous, while others claimed they worked great and they never had any issues using these treestands.

Since warren sweat tree stands have been super-aged, they require extra maintenance by those still using them.